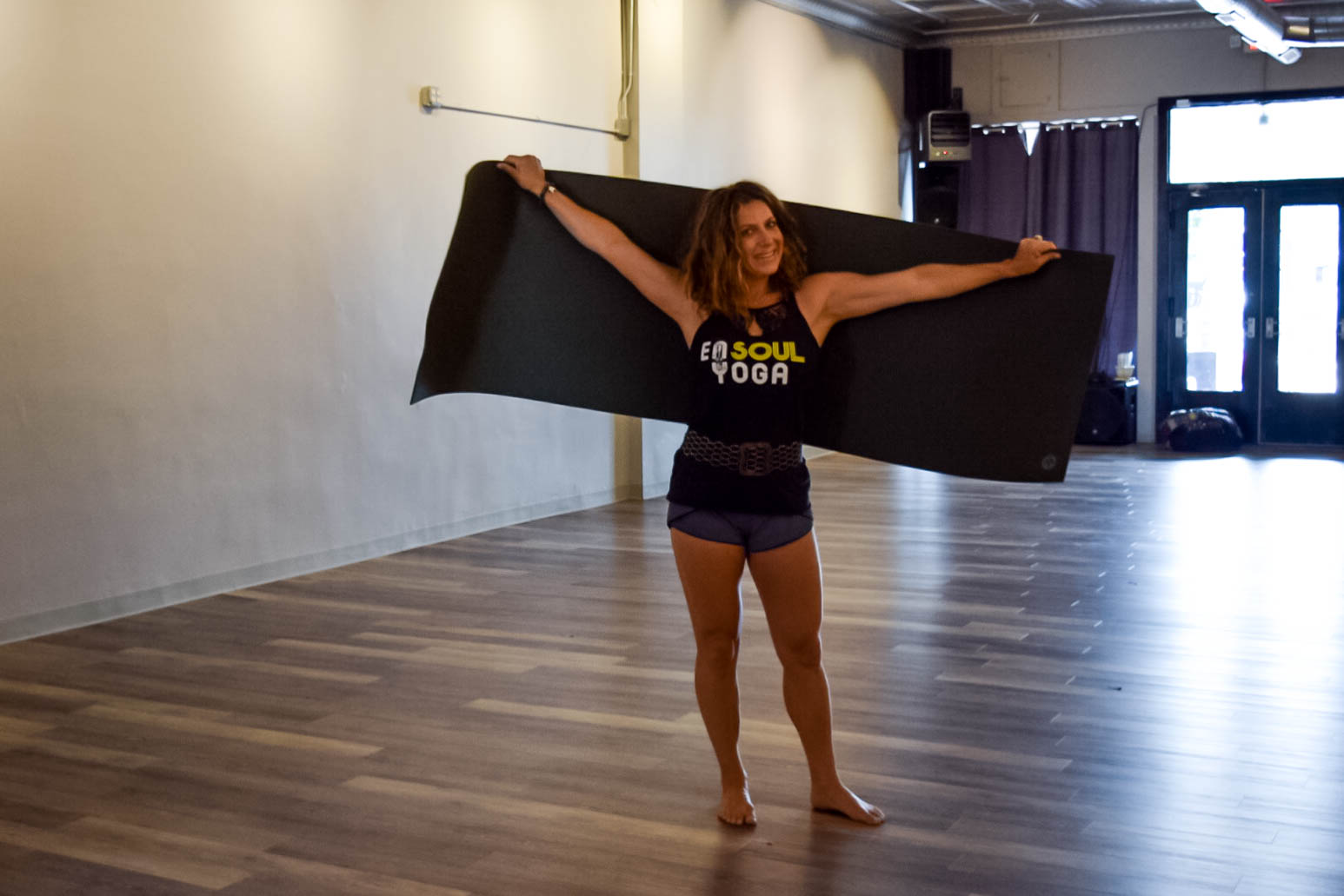 It was love at first practice!  Caren experienced yoga for the first time as a 16-year-old young woman and discovered this would be her lifelong purpose. From that moment forward, Caren adopted
the principles of yoga and began to live fully in the presence of each one.

Self-development and mastery are a lifelong journey of thought, effort, discipline, and action.  These are also the main objectives of yoga for both the teacher and student.  Caren’s mission behind her business concept is to build a yoga community based on higher values of life and living.  Practical and spiritual knowledge are woven through each class, workshop, study group and training.

Caren’s personal transformation, through the practice and study of yoga, gave her the confidence to step into the path of helping others transform their lives. Influencing self-development and spiritual education rather than a singular focus on physical characteristics is her true passion.

When one door closes another will opEN!  Initially, Caren considered locations outside of Ferndale to establish her new yoga roots.  However, every site that was looked at fell through. She even signed a lease in Royal Oak, that was short lived and terminated within a few months because of complications.  She began to look outside her comfort zone with an exploratory mind and open heart.  Listening to her inner guidance, a familiar sensation took over once again.  Caren immediately fell in love with the look, feel and vibe of fabulous Downtown Ferndale!  It was a fit, perhaps even love at first site– no pun intENded! Caren’s vision to build a yoga community based on higher values of living began to take hold and manifest.

“everyone had a smile, and my neighbors were all friendly and welcoming. The parking attendants also came to say hello, introduced themselves and rather than giving me a hard time like other cities, they helped me out!”

When Caren saw a space for lease on Nine Mile, she jumped at it. This perfect spot had one small snag, a pending contract… Caren knew she was unlikely to obtain the space but remained patient and hopeful.  Not long after visiting the Ferndale space, an unexpected twist of fate happened. Caren learned the original contract fell through. This meant 210 W. Nine Mile was available to be the future home of EnSoul Yoga!

Before signing the lease, Caren visited the area one last time to get a feel for the energy and the people.  In her own words, she describes the surroundings as, “everyone had a smile, and my neighbors were all friendly and welcoming. The parking attendants also came to say hello, introduced themselves and rather than giving me a hard time like other cities, they helped me out!”  This attitude of a welcoming community affirms that EnSoul’s destiny lies in the heart of Fabulous Ferndale!

Join Caren at EnSoul Yoga for a session and enjoy everything downtown Ferndale has to offer!